Skip to content
LIMITED TIME ONLY: FREE SHIPPING ON ALL ORDERS
Cart

WHAT DANGERS ARE LURKING IN YOUR HOT DRINKS?

Yikes, it turns out disposable paper coffee cups aren’t nearly as safe to drink out of as we thought…

When the barista hands over your steaming cup of caffeinated bliss in a paper or cardboard to-go cup, it seems innocent enough, right? Not according to new evidence.

For years, we’ve been hitting the drive-through for a caffeine hit on our way to work, grabbing the latest seasonal brew from our favorite coffeehouse chains, and popping into the local café for a quick reviver on the go.

But little did we know, we’ve been cheerfully sipping away on our takeaway lattés, teas and mochas without realizing what else we’re ingesting at the same time. (From one coffee lover to another - you really need to see this.)

Let’s take a look at these shocking new findings and reveal why scientists say it’s dangerous to drink hot coffee and tea from paper cups, and work out whether we should be worried :

What’s the Problem with Paper Cups? 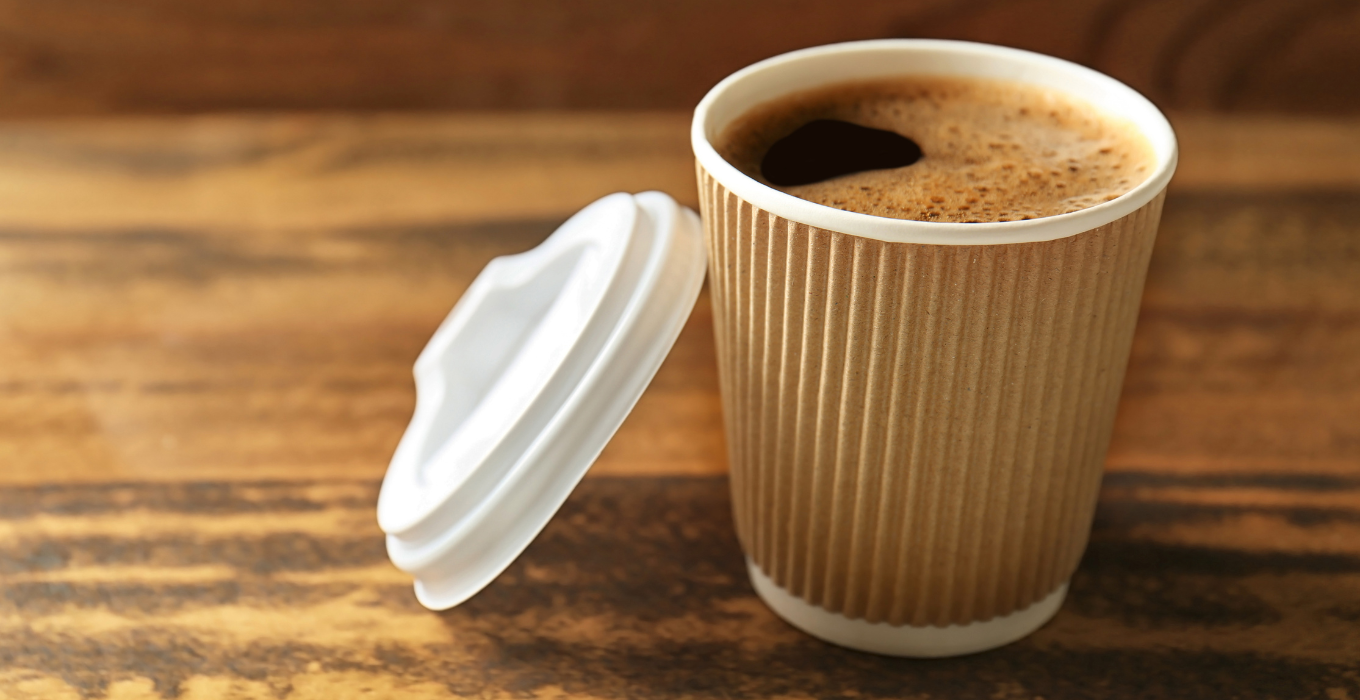 The problem with paper cups lies in the fact that they’re not made solely of paper, for obvious reasons.

Naturally, we all know paper and water don’t mix. So in order to effectively contain liquids, manufacturers must line the inside of paper cups with a thin waterproof film.

While this sounds like a pretty clever idea - and it does actually stop liquids from seeping through, causing your cup to disintegrate into a handful of soggy mush - Nobody thought to check what would happen when you put hot liquids up against this coating.

SO, WHERE’S THE HIDDEN DANGER? 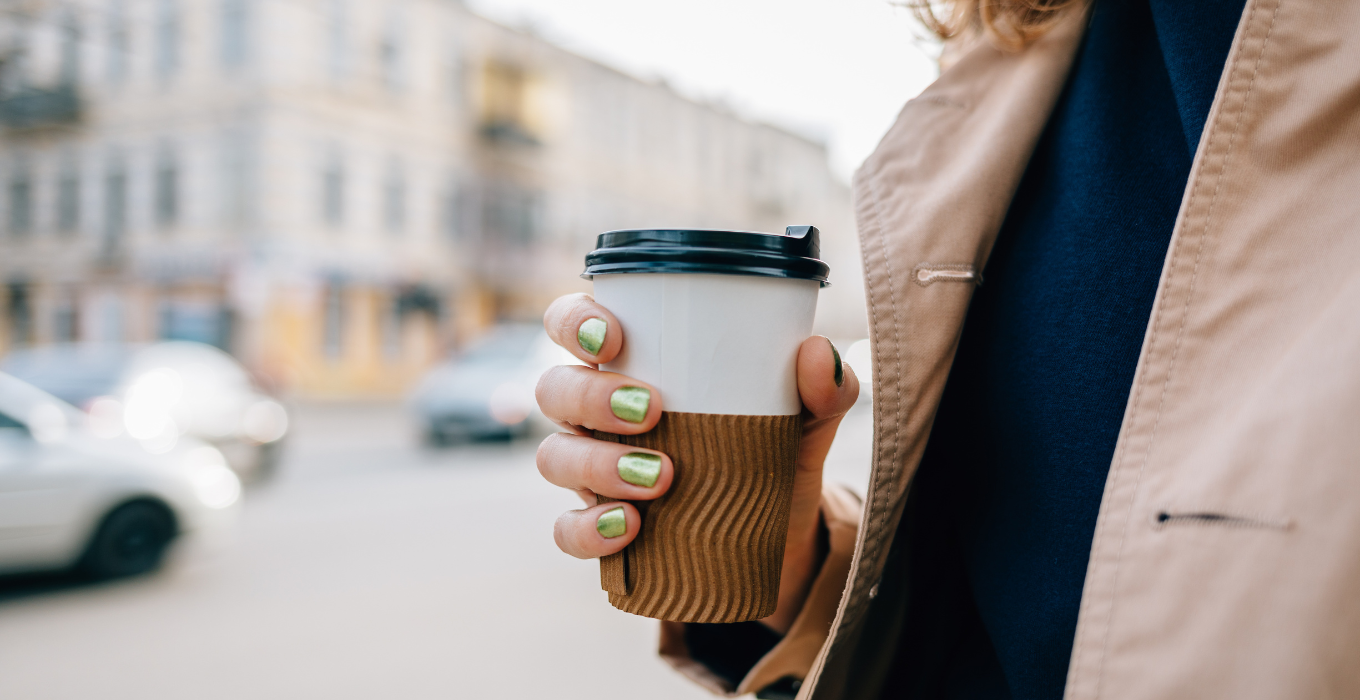 Turns out, a negative environmental impact isn’t the only threat posed by single-use paper cups.

According to a study published in The Journal of Hazardous Materials, when hot liquids are exposed to the waterproof lining inside paper cups, billions of microplastics are released into your drink. (Just let that sink in for a second.)

Here’s what Dr Sudha Goel, Academic Researcher at the India Institute of Technology & lead author of the study had to say: 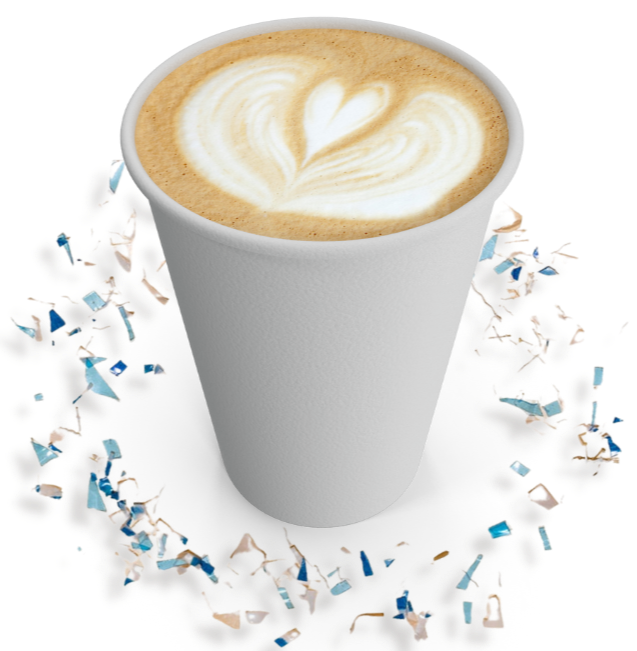 "In the 15 minutes it takes for coffee or tea to be consumed, the microplastic layer on the cup degrades. An average person drinking three regular cups of tea or coffee daily, in a paper cup, would end up ingesting 75,000 tiny microplastic particles, which are invisible to the naked eye.”
-Dr Sudha Goel

According to the study, yes. But that’s not all…

The plastic liners used in paper coffee cups were also found to release heavy metals and toxic ions such as fluoride, chloride, sulfate, and nitrate at high temperatures.

Just earlier this year, scientists found microplastics in human blood for the first time, in a study funded by the Dutch National Organization for Health Research & Development.

Rather alarmingly, these tiny microplastic particles were found in the blood of no less than 80% of the volunteers tested. 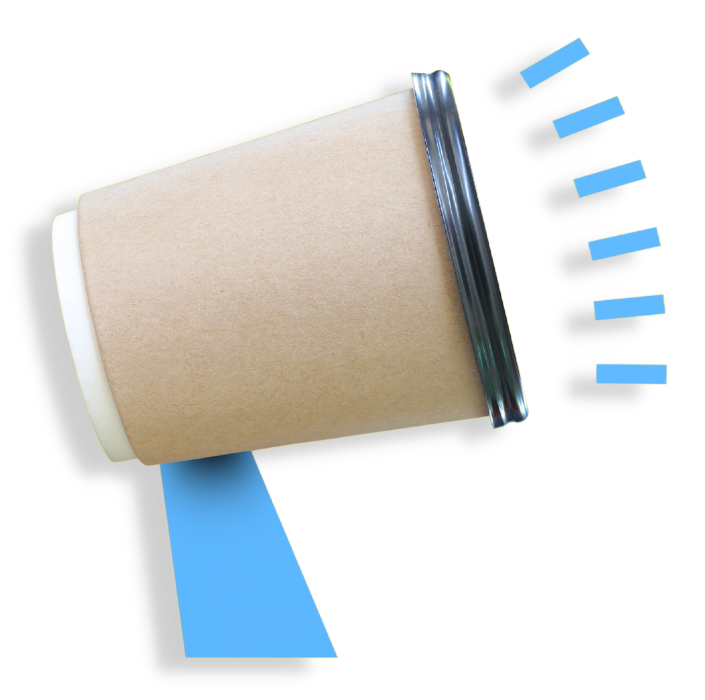 Reproductive complications, obesity, organ problems, developmental delays in children, and even cancer are just an idea of what scientists predict may be a worst case scenario situation in the future.

If you've done your research on the safety of plastics in the kitchen, you’ve probably become privy to health risks associated with big, bad BPA and know it's to best to avoid.

Unfortunately, we’re only just learning about these dangers now because most of these hazardous substances are only released when you add hot liquids to a paper cup.

It’s nothing short of a startling discovery, that only increases the pressure on us to make the switch to safe, reusable drinkware.

HOW TO PROTECT YOURSELF 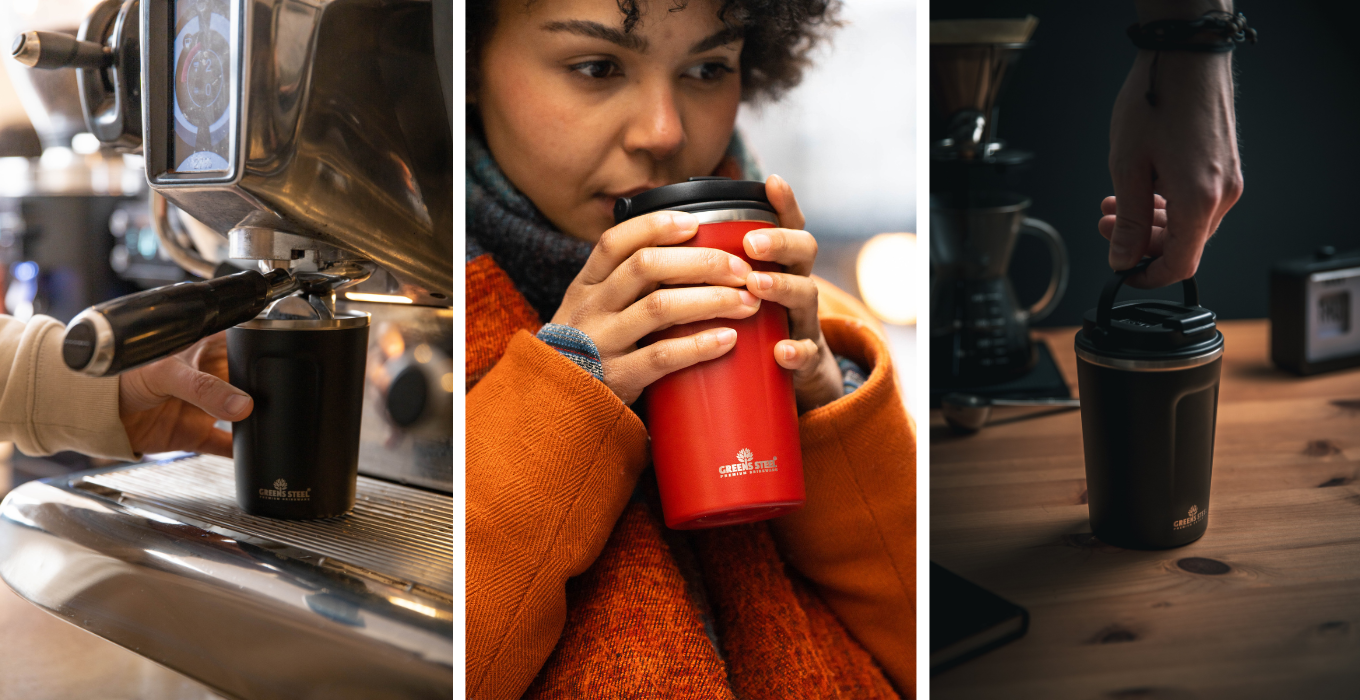 So, what can you do? Luckily, there are tons of safe alternatives at your grasp for your coffee or tea-related needs these days, without giving up any of your favorite hot café drinks to conveniently enjoy on the go.

The absolute best solution is bringing your own reusable cup to your favorite café or coffeehouse - most places will even give you a discount or cashback as a bonus!

Better yet, if you choose a thermally-insulated coffee cup or tumbler like the ones we make here at Greens Steel, your coffee, tea, or cocoa will stay hot for hours on end. Not to mention, their vacuum-sealed lids keep everything contained so you won’t have any spills in your car if you’re zooming through the drive-through! 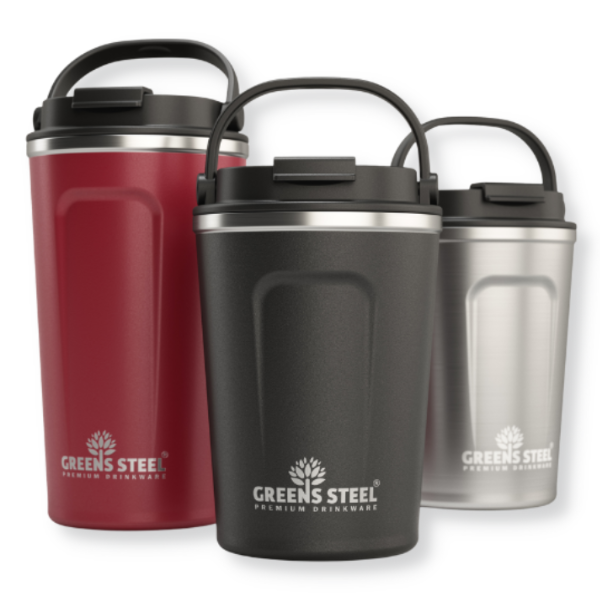 Stainless steel is the way to go in terms of safety, durability, eco-friendliness and simplicity of cleaning. Take your pick of drinkware colors, sizes and styles from our high-quality reusable drinkware collection at Greens Steel for a superior sipping experience that won’t put your health in harm’s way. 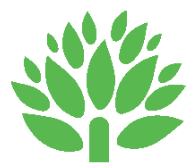 Annnnd I’m guessing that’s the very last hot beverage you’ll ever drink from a paper to-go cup! Talk about a doozy of a health warning, that all coffee lovers should take heed of.  Can you believe all those dangerous substances are released into your drink and absorbed into your body when hot liquids dissolve paper cup linings?

Be safe and keep your trusty Greens Steel drinkware close-by, so you’ll never be forced to sip on those newly-discovered microplastics and toxic hazards lurking in paper cups again. 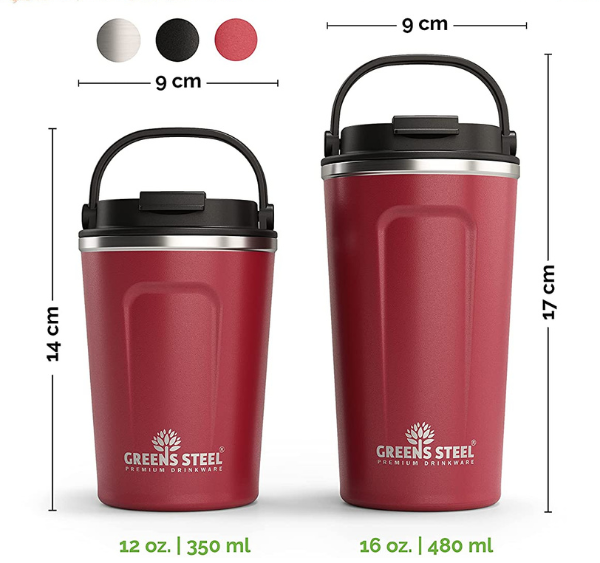 Unlike others on the market, our tumblers, lids and straws are completely dishwasher safe

All of our products come with a Lifetime Warranty. Click below to register Your Product For Your Lifetime warranty

No nasties here! Beast is toxin-free, made from pure 18/8 stainless steel. Nothing else!